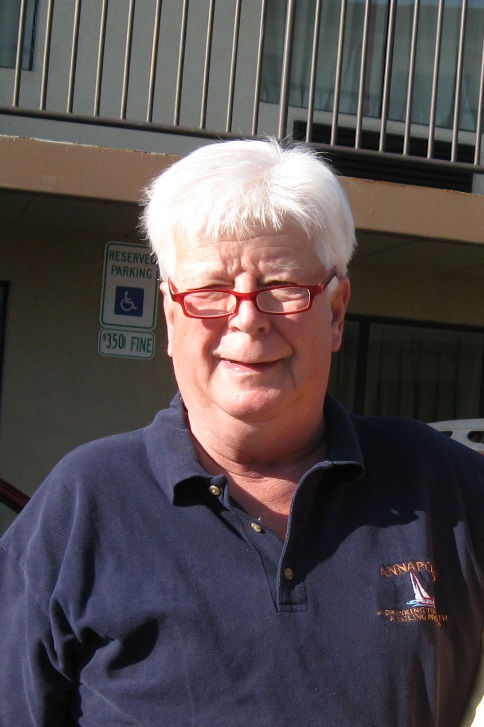 With a heavy heart, the Whitby Brewer Association learned of the death of our great friend, Doug Stephenson. Doug’s health had been failing for the past several years and he was taken to Midland General Hospital on Sunday, November 30th where he passed away of heart failure. The photograph above was taken at the last Whitby Brewer Association Rendezvous he attended in 2011.

Doug came to know Curt and Doris Hanson as a member of their Whitby 45 racing team. He became a personal friend and business associate of the Hansons, owners of the Whitby Boat Works in Canada. As a result of his long-term association with the Whitby Boat Works, Doug became not only a personal ambassador for Whitby and Brewer sailboats but a living encyclopedia of every technical detail and the history of these boats. Doug freely shared his knowledge and love of these boats with every one of us and helped us navigate the shoals and hazards of our projects as we learned from him and rebuilt, maintained and upgraded our boats.

Doug was a raconteur of all things Whitby. His hearty laugh and impish sense of humor always lightened any moment when he sensed our discouragement. He was a gentleman of the old school whose word was his bond. He taught us all to live life large and to enjoy the moments we had on earth as he did himself to the very end.