Like hard boiled eggs, it is always a matter of preference and choice. 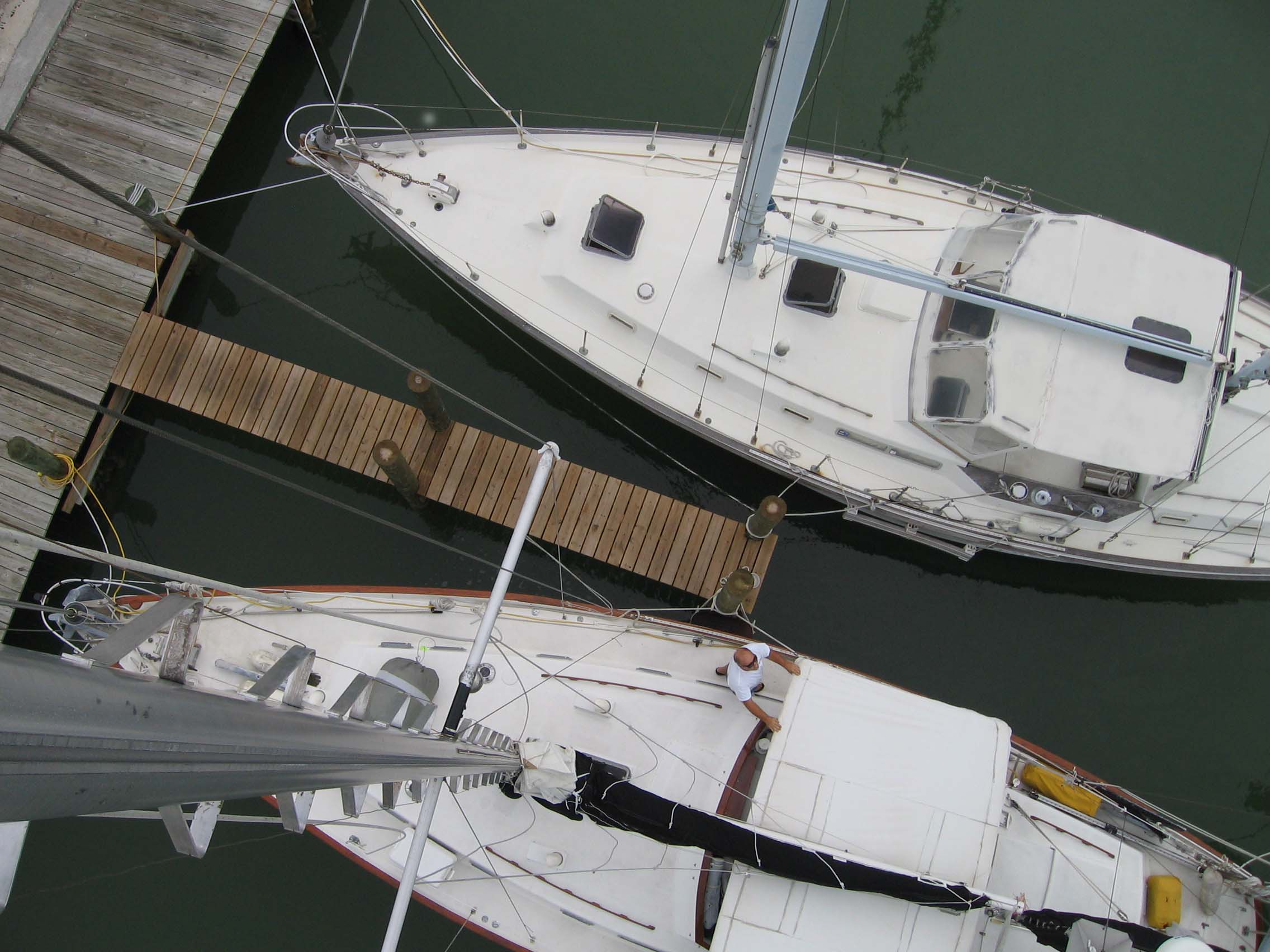 When we bought our 1975 Whitby from the original owners the boat was literally stripped of everything on the boat, including a dodger or bimini.  We were on the hard in Fort Lauderdale for 6 months, making all sorts of upgrades all the while the hull was drying out after our 'peel' to repair the blistered bottom.  After one trip out of Government Cut we knew that we had to do something to give us some shade.

After visiting Sailorman in Fort Lauderdale we found a bimini top that must have come off a trawler complete with SS frame and Sunbrella material.  It fit the width of the boat from toe rail to toe rail, and only needed to be lowered (cut) to fit under our boom.  We opted for this unusual choice which gave us more sun and rain protection.  BUT the fabric was navy blue. 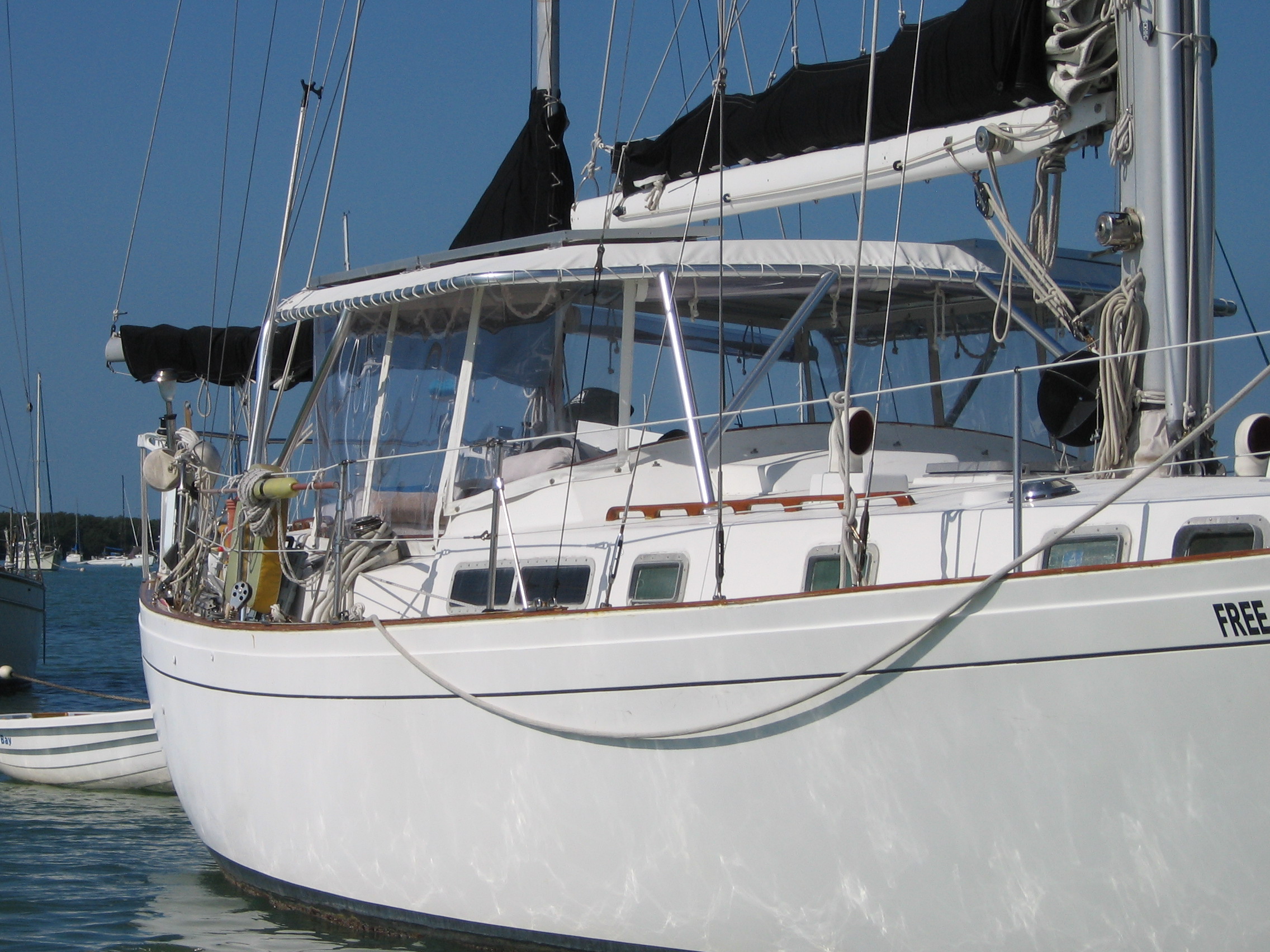 Not bad for heating us up during the winter.  Not good for living in South Florida for the other 11 months of the year!  It didn't take long to make the decision to replace the Sunbrella with Weblon.  We picked out a color that was white on one side and medium grey on the other.  Of course the white side was out, to reflect the heat, and the grey was interior to give a rest for the eyes from all the bright sun.  The only addition was a windshield type of dodger covering the same lines as the splash rail.  Sunshade was added on the sides, all of which zippered on and off.

All seemed well for several years. 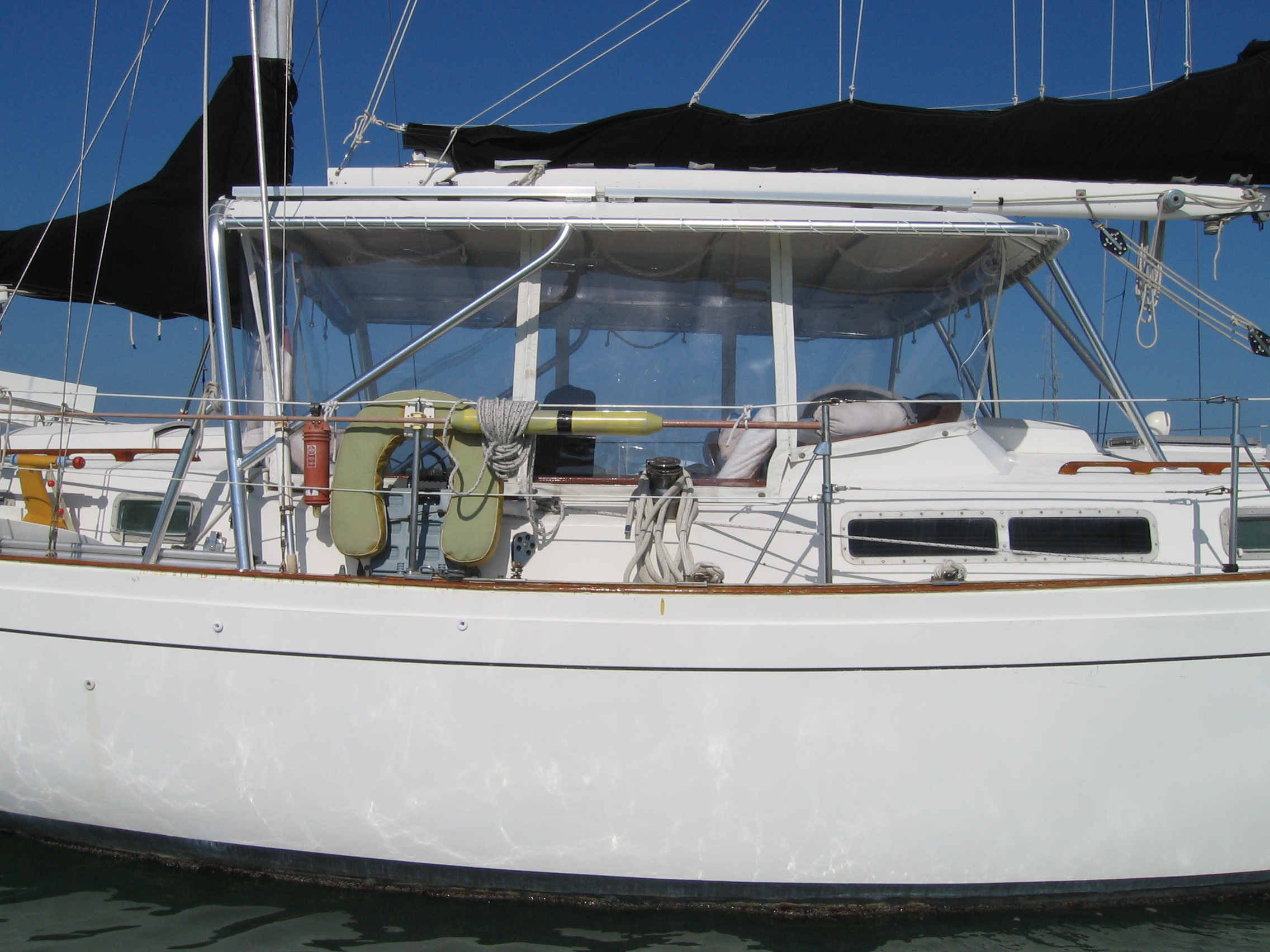 Then we opted for changing our refrigeration from a 110 Rich Beers designed system (another story based on Hard Ice Cream or Cold Beer) over to 12 volt. The next question, of course, was where to place the solar panels needed to run the Frigoboat and Novacool reefer systems.  We decided on four 130 watt solar panels which were to be permanently mounted on the roof of the bimini.  The structure needed to be strong enough to support the panels.  Thoughts were given to having a hard bimini strong enough to hold the panels and for us to walk on.  Lew designed the frame to be made out of anodized aluminum after studying the biminis on Manta catamarans.  Our fabricators convinced us that a hard top would be noisy and hot and suggested a material called Stamoid to cover the frame. 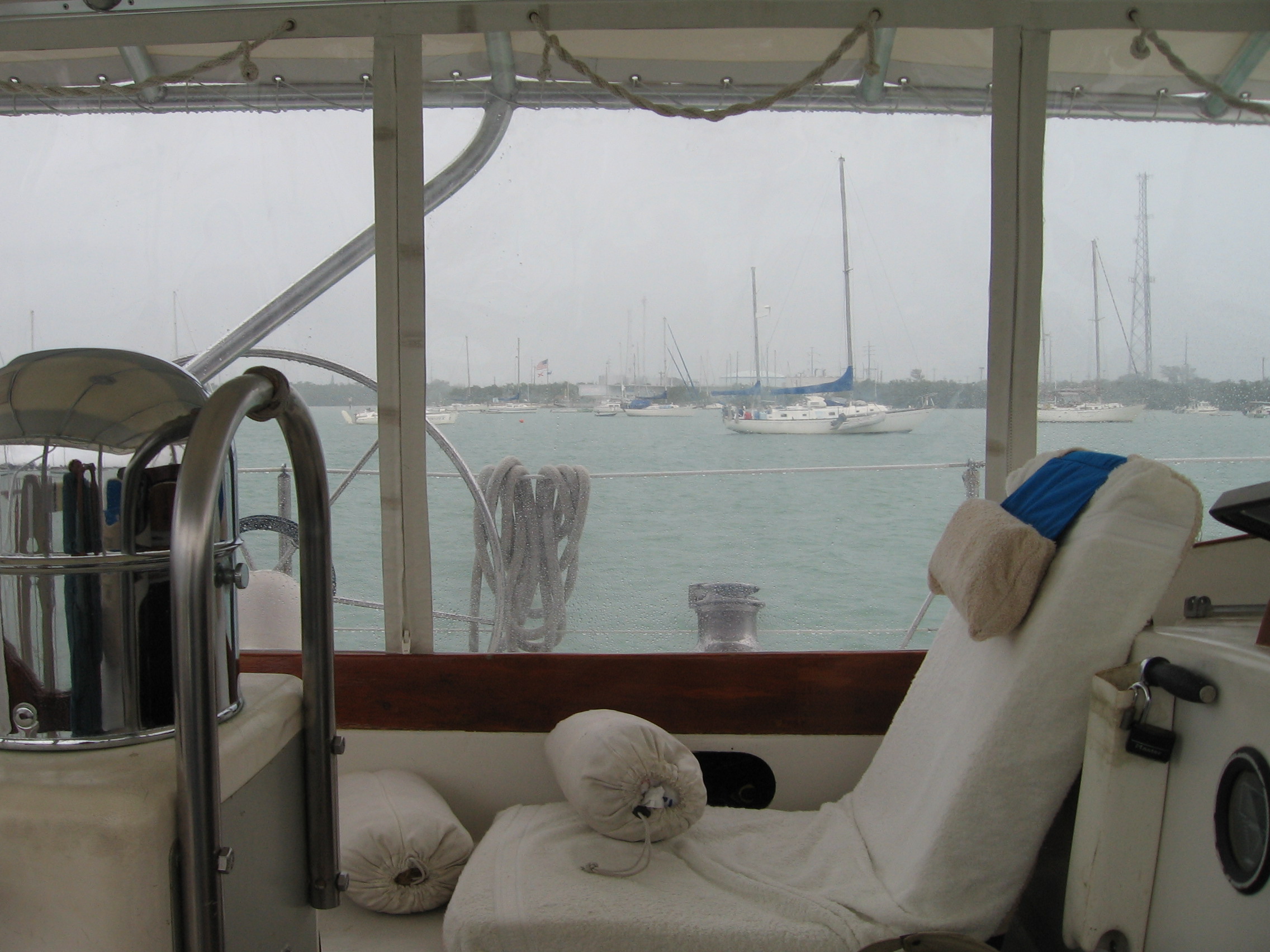 The material is white and very strong.  The frame sturdy enough to support the panels and our weight.  The design is such that it allows easy access in and out of the cockpit which was a requirement. Stratoglass panels encircling the entire cockpit give ultimate protection from foul weather, and we have noseum screen that protects us from bugs.  We have been very happy with our bimini choice.