with a leaky Hynautic helm unit

The Hynautic helm unit is located inside the pedestal in the cockpit. Some people call this the pump that the ships wheel attaches to. It supply’s the force necessary to move the piston that is attached to the rudder. When it has problems, the ship has steering problems.

I discovered the leak when I inspected my engine compartment. There was red hydraulic fluid all over the place, leaking down from the pedestal opening. This write up is about the steps that I took in dealing with this problem so it might assist other Whitby 42 owners. 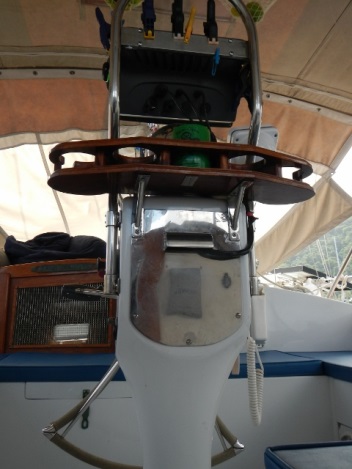 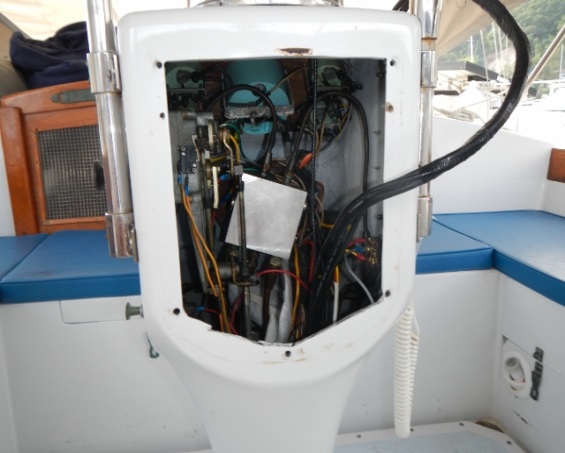 The square block in the center is the pump. The leak could be coming from the tubing, fittings or in my case the pump itself. The leak was between the steering shaft pressure plate and the pump body. 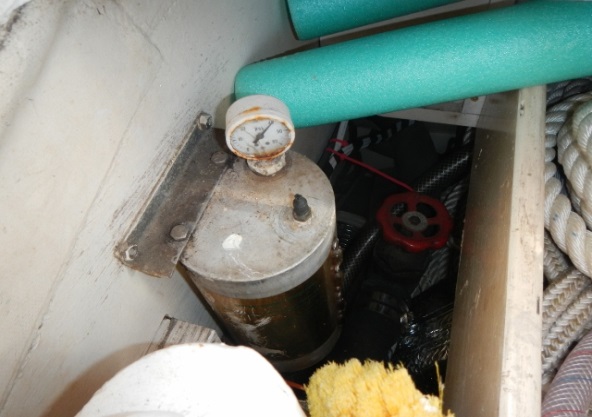 If you need to remove the pump the first thing you need to do is release the pressure from the system. In the port cockpit locker is the hydraulic reservoir, remove the fill valve on the top. 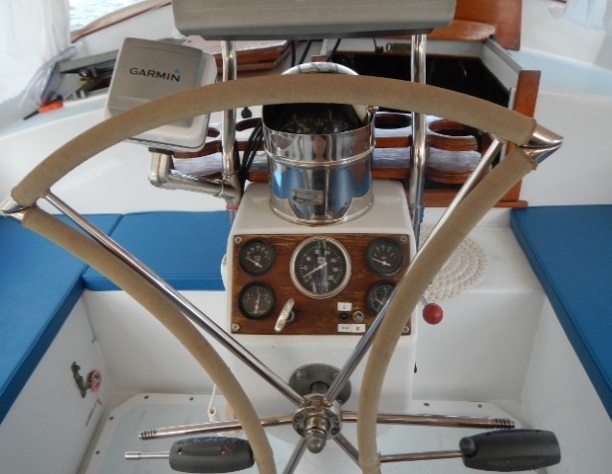 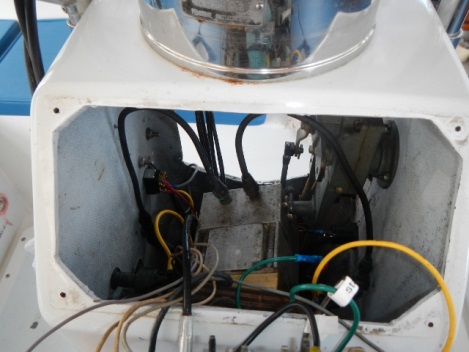 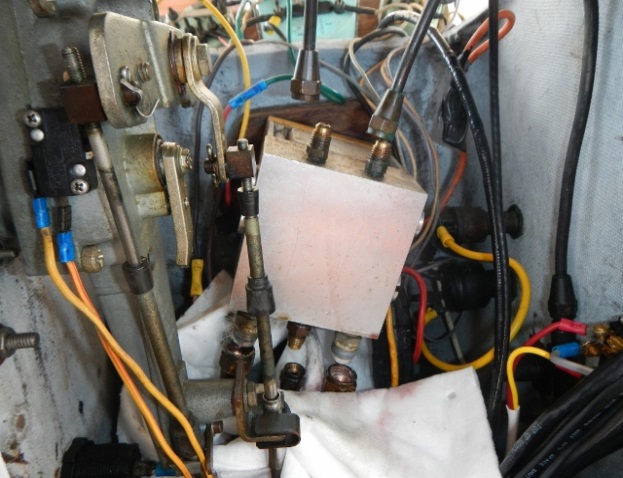 Two on the top, three on the bottom. 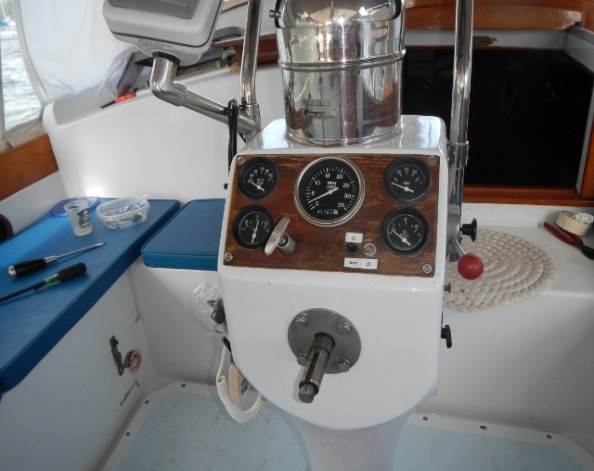 When you remove the four bolts on the face plate you can remove the pump and the wooden spacer. 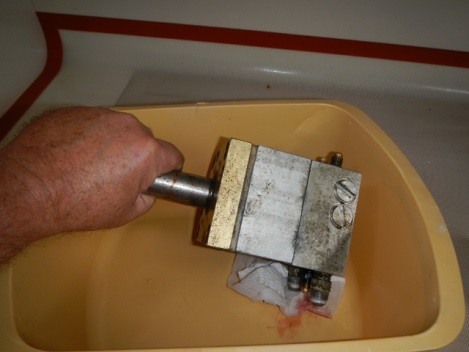 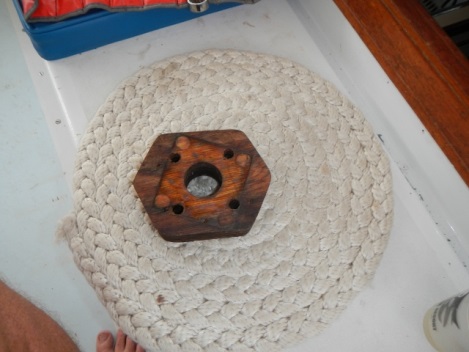 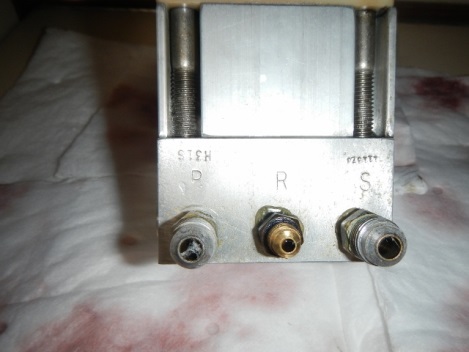 The pump model # is stamped H31S. The pump rebuild kit was said it was for the 20 series pumps, after questioning the difference and a whole lot of cross referencing I was assured it was the right one. The kit contains o-rings, cup seals and 3 pages of info. 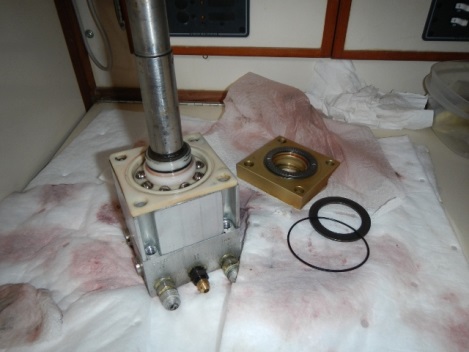 Once I started to take the unit apart I found the faulty o-ring right away, replaced it and put the unit back together. (if it's not broke, don’t fix it) 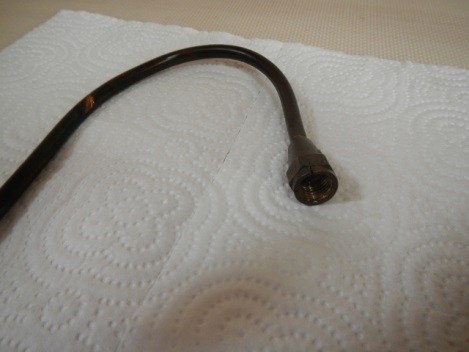 I didn’t like the way the pump was originally plumbed. There was no way to properly remove air from the system. Air will go to the highest point in the system and cause a hammering when using autopilot. When I removed the top lines I discovered that one of the lines had a cracked nut and had been rubbing on the shifting unit and was nearly split. I had some used tubing from the generator that I’m tearing out so replacing it was not a problem. 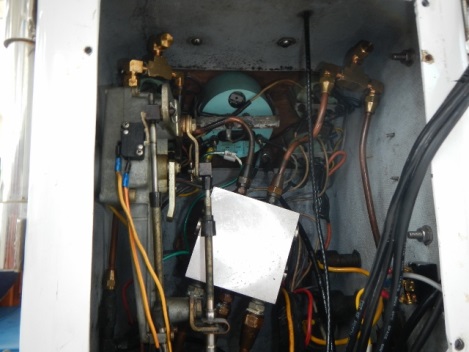 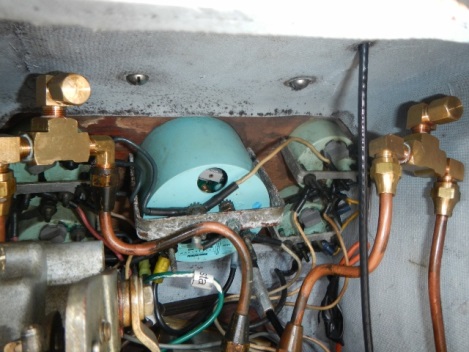 This is the poor man’s air bleed off system that I installed. If the parts are available to you instead of using the 90’s and caps try using schrader valves (tire valves). This job was done in Trinidad, part should be readily available in the USA.