After the sale, the previous owner walked me through all the operating systems, as well as the fuel polishing system.  He indicated that he always found some water in the main tank, but didn’t know from whence it came.  I polished the fuel in the main tank, and always found water, too.  It wasn’t till we returned to Chesapeake Bay from Florida, where we purchased her, that we attended our first Whitby/Brewer Fall/Annual Rendezvous… to learn the fate of the tank.

Although the tank wasn’t useless, it did present a severe operating limitation on us….mainly because we don’t have a port fuel tank (a story for another time).  So this remanded us to having only the starboard tank that was functional….. and again, we felt very limited in our cruising in that we had only 65 gals of diesel at our disposal.  This is not too large a problem for us, but one never knows when, or where you may be, when that extra fuel is needed

Then, I remembered that I was an engineer, with most of our courses were marine related, and many ship-related!  Wow!

Rather than do any of the above, let’s cut a hole in the hull, and remove the tank through the ensuing hole.  Brilliant!???  …and there will be no need to mess with the engine; and, there are no wires or pipes in the way!

I discussed same with our local ship-repair folks and, much to my surprise, they didn’t laugh at me.  They said they could do it, for a price….but it could be done.  So, away we went.

Referring to the accompanying photos, they very delicately, and precisely, located the tank boundaries and transferred these marks to the outside of the hull (actually the keel).  They drilled four pilot holes to be certain of their positioning, and then, using a Sawz-all, cut a hole (approx 3 ft x 7 ft) in the keel.  They saved the removed piece of keel (to be put back in place after the new tank was installed). 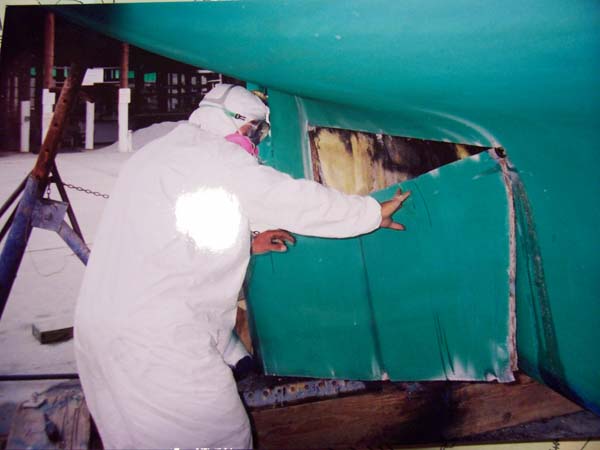 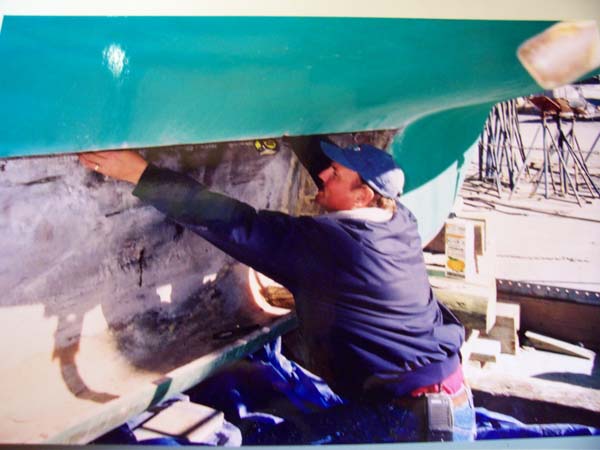 What a mess did we find. 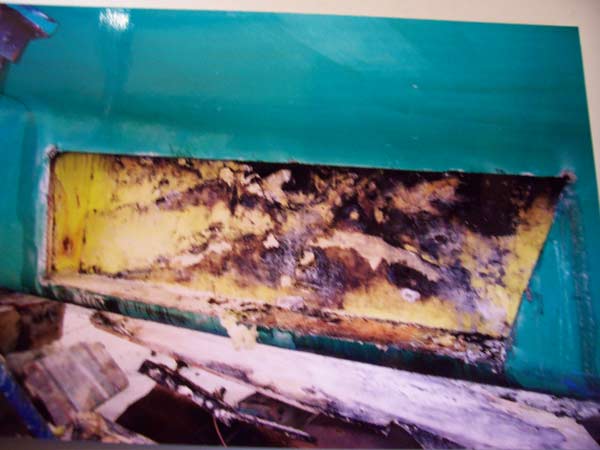 The tank which, was encased in water-soaked foam, was in terrible shape.  We estimated that there were a million pin holes in the tank.  Judging the situation, we surmised that bilge water was seeping through small cracks in the bilge of the engine room; seeping into the foam, which in turn, kept the aluminum tank bathed in salt water.  The salt water created all the pin holes in the aluminum tank, and allowed salt water to enter the tank, and contaminate the fuel.  Had the bilge been kept dry at ALL times, this would not have happened, but I’ve been hard pressed to ever see a bilge that was completely dry.

The new tank (outside coated with epoxy, and approx same shape and capacity as the old one) was installed.  Since the old foam was removed the tank was smaller than the space in which it was fit.  This, as it turns out, was good.  Accordingly, the tank sits on epoxy coated blocks, and is braced with epoxy coated blocks….but it is surrounded by approximately 1” of void space.  It sits beneath a re-worked bilge “floor” in the engine room. We tried our best to make the re-worked “floor” watertight, but there was, again, a lack of working space when doing the fiberglass work from the engine room side.  Sensing that there could still be leaks of water from the bilge in to the void space, we fitted the void space with a drain pipe that can be accessed from within the engine room; and, the void space can be pumped if water should get into it.  I pump it once or twice a year, and do get some water out of it.  Nevertheless, the epoxy coated tank should not be the worse for wear. 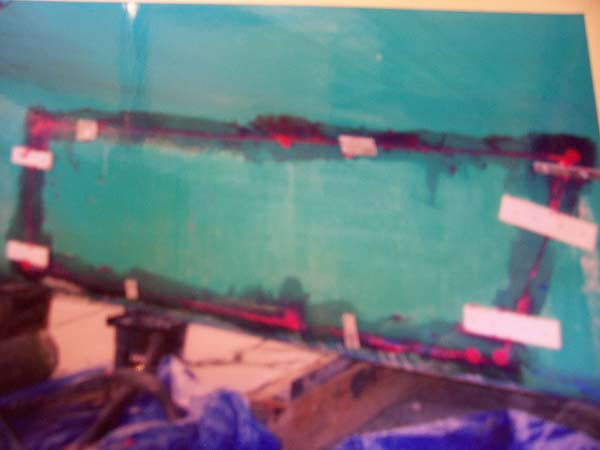 Fig 4: replacing keel section (held In place by screwed-tabs); no, it is not duct tape!

So, now we have two functioning fuel tanks.   A fuel polishing system allows me to transfer and/or polish fuel and send it from one tank to another, etc….