Among the long list of things I’m going to ultimately need to address on this boat, the keel tank is the one presently has me the most stumped. It seems like the two options are to remove it and start over (requiring removal of the engine) or just take it out of commission for the time being and solely use the port & starboard fuel tanks.

I’m leaning towards the latter option for now. I have a sneaking suspicion that bilge water is surrounding my keel tank, if it’s not leaked inside. That would explain the smell that I can’t seem to shake.

I’m going to the boat yard this week to have a bottom job done. Should I have them pump the diesel out of the tank & then cut into it and inspect? Any other suggestions on my next steps to decommission the keel tank?

Any ideas/suggestions welcome. Thanks!

You indeed can find discussions of several approaches to the center tank on the site, from rehab to replace to fill with concrete, etc. Before you cut into the tank, I would suggest you look at what is in the tank currently, and determine if there is any structural damage surrounding the tank.

To preliminarily inspect the tank, you can use a clean oil change pump to draw out a sample of the fuel on the top part, and possibly water from the bottom of the tank, working through the sender port for the fuel guage. This should tell you if water is getting into the tank, either around the inspection plate, which is easily resealed, or through perforations in the tank, which is the much larger problem. I would probably pump the tank dry. This is a good time to think about putting in a transfer/polishing system that would allow you to empty the tank without a yard bill. With the tank empty, you can take off the inspection plate, and get a pretty good idea of the state of the tank by direct visual, and by running an inspection scope (less than a $100 now) behind the baffles. Clean out any accumulated goop with long swabs. Wear gloves and a mask (those are bacteria in the goop).

Because of the construction of the keel, there are lots of opportunities for voids around the ballast and the center fuel tank. If bilge water is getting down into these voids, it can cause damage to the glass, and you can see water seeping out when the boat is lifted and drying. Shamal had some forward keel damage (an undocumented concrete block in an anchorage), that required drilling access holes, washing and drying out the void, and repairing the damaged glass.

Especially in salt water, when using the anchor, small amounts of mud and plants get into the shallow bilge, which runs the length of the boat. This causes a pretty raunchy bilge but is easy to clean with a bilge cleaner diluted in a couple of buckets of fresh water and rinsing. The deep bilge is usually wet, and requires periodic treatment.

Having stirred up some unsuspected center tank water in 3 meter waves in the Gulf of Maine last summer, I have just gone through all of the above. I am leaving the center tank empty and essentially sealed for the first part of this season to assess if more water is getting in, or if I just got some crappy fuel along the way. I am carrying an extra, clean, smaller oil change pump to periodically check all tanks for water.

About the "stink": It is possible the odor is putrified bilge water which entered the area around the center tank through failed bilge/tank seals then migrated into the tank through holes in the tank. Surely, bilge water can go directly into the center tank through failed seals in the top plate, but that's an obvious one, I'd guess the plate is successfully sealed. Pump out the tank, flush it with fresh water until effluent is sweet, seal the tank off (epoxy) to prevent any water migrating into the area around the tank from the bilge, fill the tank with fresh water if you choose, and then think about removing the tank completely. There is good discussion about tank removal on this site. Until you remove the tank, you will need to flush and pump it out annually (because water will find its way past the bilge seals just mentioned).

We bought Next Horizon, 1981 W42 Bowsprit #214, in 2008 and brought her from Massachusetts to Milwaukee, WI by way of the Erie Canal that year. The nagging stink which accompanied any heel or athwardship roll more than about 5 degrees from level was a huge concern. I spent quite a bit of time trying to identify the source, including consulting this forum, and discussing it with Ted Brewer! No one offered a clue. Our center tank had been "sealed off" by the previous owner so I naturally thought it was "sealed off" and focused my attentiion on other potential sources. We completely changed out all sanitary hoses, tanks, valves. That was very nice, but still the stink lived on. Finally, in 2011, I decided to find out how "sealed off" the center tank was, and discovered that the tank was completely full of wildly putrified sea water, with an odor that was beyond any experience I have had. Biology rules! So, we pumped it out and did what I've suggested to you above.

My guess about what happend was that after the diesel was pumped out of the center tank, and after the seals isolating the tank from bilge water failed (seal failure might have happened before the diesel was removed), seawater from the bilge had saturated the foam which cushons the tank in its keel cavity. The center tank itself is completely riddled with holes (apparently not an unusual observation), which I suspect was caused by or certanily promoted by the constant exposure to salt water. So, over time, the diesel-free tank slowly accumulated bilge water leaking down through the foam insulation. Then, biology took over and caused a soup of stink to develop. AND, since bilge water could constantly insure a full center tank, whenever the boat heeled or rolled past about 5deg such as sailing OR in the slip on a rough day when being bounced around, putrid water would leak out and would be detected by anyone near the boat. BUT, whenever laying closer to level than 5 degrees, such as in the slip on a calm day, NO ODOR.

This also suggests that if the tank were partially filled with putrid water, you might not detect the odor. It's only when it's close to being full, and the contents leak out, that the odor is detected.

Well, we're odor-free now for two years and still deciding whether to remove the tank or just continue to pump out annually.

Less More
7 years 9 months ago #1449 by Bo Cordle
Replied by Bo Cordle on topic Introduction & keel tank question
Thanks guys! I talked to the yard today and they're no stranger to the Whitby/Brewers. They've removed/replaced at least 2 of the keel tanks...one from the inside & one from cutting a hole in the keel & pulling it out from the outside.

Based on the replies I've gotten & my current budget/fuel needs, I'm probably going to just pump out the tank & try to get an idea of how bad it is. I'll then likely just seal the tank & stop using it for the time being.

Two other tidbits that I gleaned from my research this weekend that y'all are probably already aware of, but I'll post here regardless...

1- I got in contact with Bob Smith of Ford Lehman Diesel fame. He emailed me a spare parts list & cruising parts kit list. Plus, he teaches a 2-day seminar on operation & maintenance for the Lehman's twice a year at Trawlerfest.

2- I also got an email back from Mr. Ted Brewer who still offers up complete build drawings along with consultation/advice for $145. 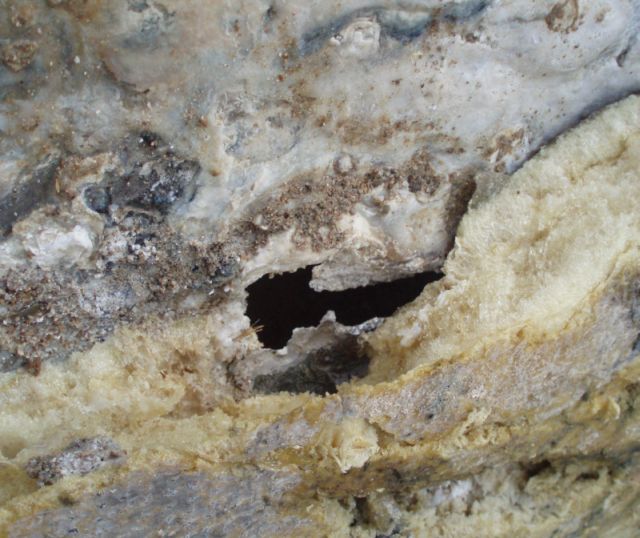 Less More
6 years 10 months ago #1675 by George Myers
Replied by George Myers on topic Introduction & keel tank question
I have Brewer Hull No 6 1983-What and where are my fuel tanks?? Po says a port tank of 65 gal and a 'main 'tank of 55 gal. Is there a 3rd?? What material are these tanks? Thanks, george

Less More
6 years 10 months ago #1677 by Martin Gaffney
Replied by Martin Gaffney on topic Introduction & keel tank question
Oh Boy am 10 months late again. The tanks on Whitby 42'sand Brewers 12.8's are all different. My Brewer FMW 42246118 Hull Number 10 April 1984 has two "belly Tanks of nominal 65 USA gallons each, fitted under the Port cockpit Lazarette and under the Starboard "alleyway" map storage locker.. A further 55 USA gallon tank is fitted slightly offset to Port under the salon/kitchen area sole immediately forward of the engine. The belly tanks are all Aluminum welded construction about 3/32 thick and the centre tank is Aluminum and looks to be 3/16 to a 1/4 thick, it is seriously thick.. Unlike the Whitby 42 with a full keel the centre tank in my Brewer 12.8 does not descend into the murky, salty, corrosive bowels of the Keel but sits just beneath the sole and does not seem to be compromised by corrosion yet. I would like to put a pressure test on it but I think Fort Myers Shipbuilding built the boat around it! Meanwhile I have used an old fuel pump and hose to pump it out. Happily no water and just the clean fuel that i put in it a few weeks before. The previous owners of the boat both said they did not use it.

Less More
6 years 10 months ago #1678 by George Myers
Replied by George Myers on topic Introduction & keel tank question
Hello to Martin from George, I have hull No 6 1983 of 12.8 Brewer s . It has a port tank of 65 gallons and a main tank under the center sole of 55 gallons. the original switching mechanism which still works is mounted on a plate saying Ft Myers Boat Works. Thanks for your info.