Photos of the 2008 Rendezvous: 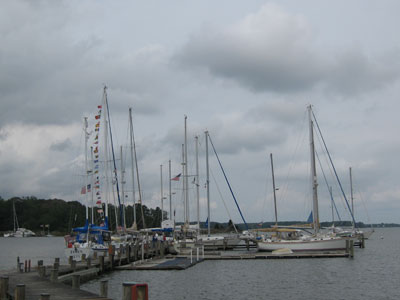 Boats began arriving around noon on the 30th.

Dave and Gretchen Bronson's Whitby 42 on a Club mooring. 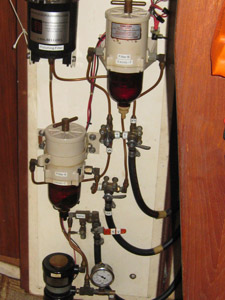 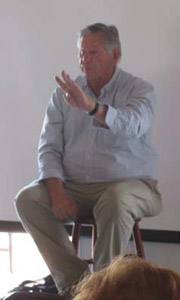 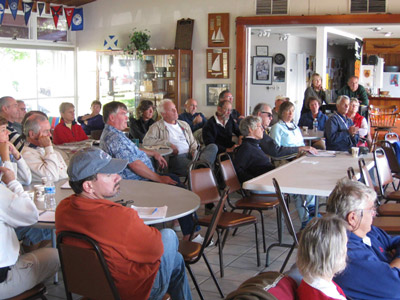 Doug Stephenson and Bob Smith kept the audience involved for 5 + hours.  Yes, we broke for lunch although Doug and Bob barely could eat as they continued to field individual questions.